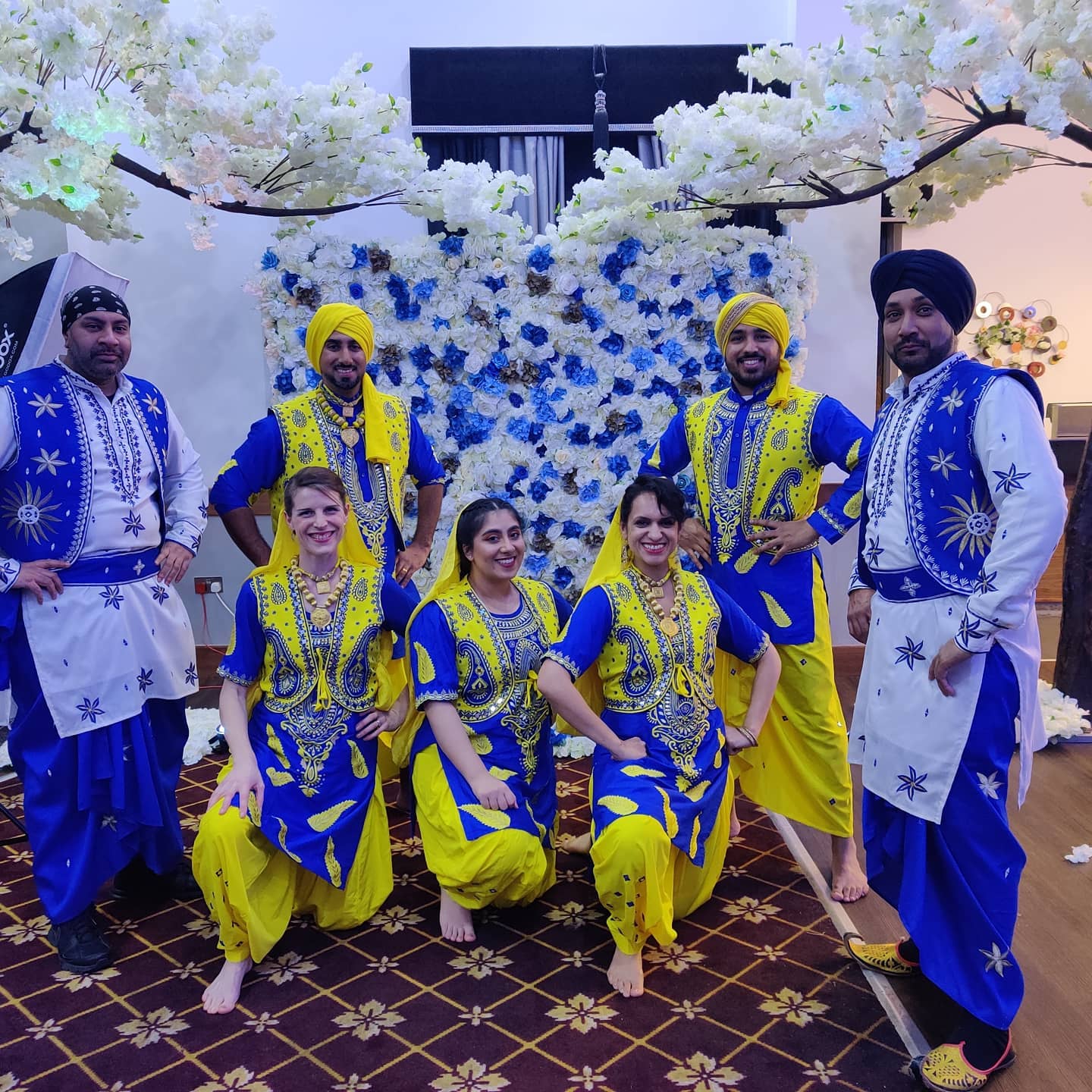 The Bhangracise Bhangra & Dhol drumming team have performed on some of the UK’s biggest stages, major TV shows and booked to perform across the world. Our highlights include performances on the BBC, ITV, Channel 5, The London 2012 Olympic Opening Ceremony, the Hammersmith Apollo, Holi Montreux and the Parklife festival.  It’s a great tribute to our teams skill, hard work and reliability that clients from the UK and all over the word trust us to perform for their big occasions!

Bhangracise.co.uk have been teaching, performing and advancing the art form of Bhangra dancing for over 15 years. Originally forming from a group of young Bhangra dancers from Reading and Manchester,  Rajeev Gupta the company’s founder discovered his passion and skill could be taken beyond the local community and across the country.

Since then Bhangracise.co.uk had continuously grown and has developed into one on the UK’s top Bhangra entertainment platforms offering dancers, workshops as well as regular classes in Manchester, Birmingham and Reading as well as an extensive online offering..

Highlights for Bhangracise over the years have included performing in the Opening Ceremony of the Olympic Games 2012,  Teaching the professionals Bhangra on Strictly Come Dancing,  Acting as a judge alongside Alesha Dixon on CBBC’s Alesha Street Dance Stars and numerous international performances including in Dubai, Switzerland, Norway and Spain.

The Bhangracise Bhangra Team  regularly perform at weddings, party’s and festivals. Both delighting crowds with modern and traditional interpretations of Bhangra as well as spreading the goodness and positive vibes of Bhangra through their workshops and classes.

Bhangra music and dance is traced back to the region of Punjab in North India. Bhangra originates as a folk dance performed by farmers. It commemorated the beginning of spring and marked the birth of the new harvest. Bhangra welcomed in a new beginning, a means for farmers and the common people of Northern India to celebrate the new season. Today, Bhangra survives in different forms and styles all over the globe. In fact, Bhangra has been hailed as one of the world’s fastest growing dance and musical arts. Bhangra is celebrated everywhere by people of all ages and races – from radio, to pop music, and now even as a local dance class for you to enjoy! As Bhangra continues to ingrain itself into mainstream culture, we strive to maintain its traditionality while at the same time embracing its evolution as an art form.