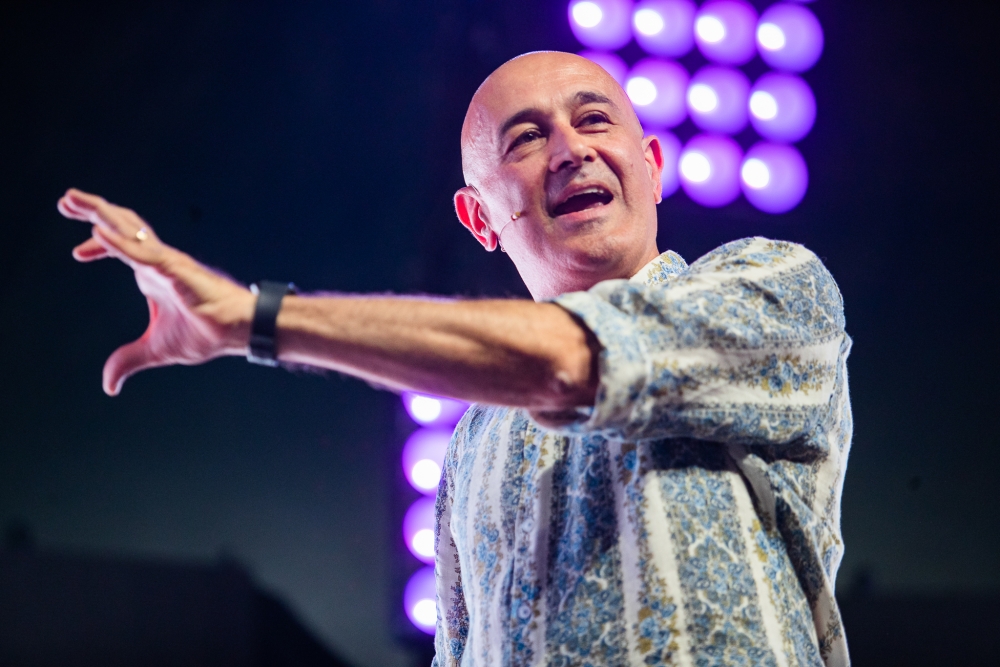 Professor Jim Al-Khalili is an academic physicist, author and broadcaster. Since 2005, he has held a joint chair in physics and in the public engagement in science at the University of Surrey, where he teaches and conducts theoretical research in quantum physics. He received his PhD in nuclear reaction theory in 1989 from Surrey before working as an SERC Postdoctoral Fellow at UCL. He returned to Surrey and was awarded a five year EPSRC Advanced Research Fellowship in 1994 before being appointed as a permanent member of staff in 1999.

Jim has written 11 books, between them translated into over twenty languages. His book, Pathfinders, was shortlisted for the Warwick Prize in 2013, and more recently, Life on the Edge: the coming of age of quantum biology was shortlisted for the 2015 Royal Society Winton Prize. He is a regular presenter of TV science documentaries, including the Bafta nominated Chemistry: A Volatile History and Shock and Awe: The Story of Electricity. For the past seven years he has presented the award-winning weekly BBC Radio 4 programme, The Life Scientific.

Jim is president elect of the British Science Association, and will be taking up office in September of this year. He is a current board member of CaSE (The Campaign for Science and Engineering), a trustee of the Institute of Physics and on the judging panel of the Queen Elizabeth Prize for Engineering. As an advocate for secular humanism, he served as president of Humanists UK for three years. He is a recipient of the Royal Society Michael Faraday medal, the Institute of Physics Kelvin Medal and the Stephen Hawking Medal for Science Communication. He received an OBE in 2007 for ‘services to science’.

Talk: Towards a Rational Life: How thinking scientifically can help navigate today’s world

The modern world is complex and unpredictable, and we navigate through it the best we can. Much of the information we are bombarded with can be confusing and designed to appeal to our pre-existing beliefs, values and ideologies, so it is hard to be objective about what to believe and whom to trust. But there are steps that can be taken, which give us some control over the way we deal with the complexity of the world. Jim Al-Khalili borrows from the scientific approach and suggest ways to apply it to our daily lives to help us navigate modern life more confidently.