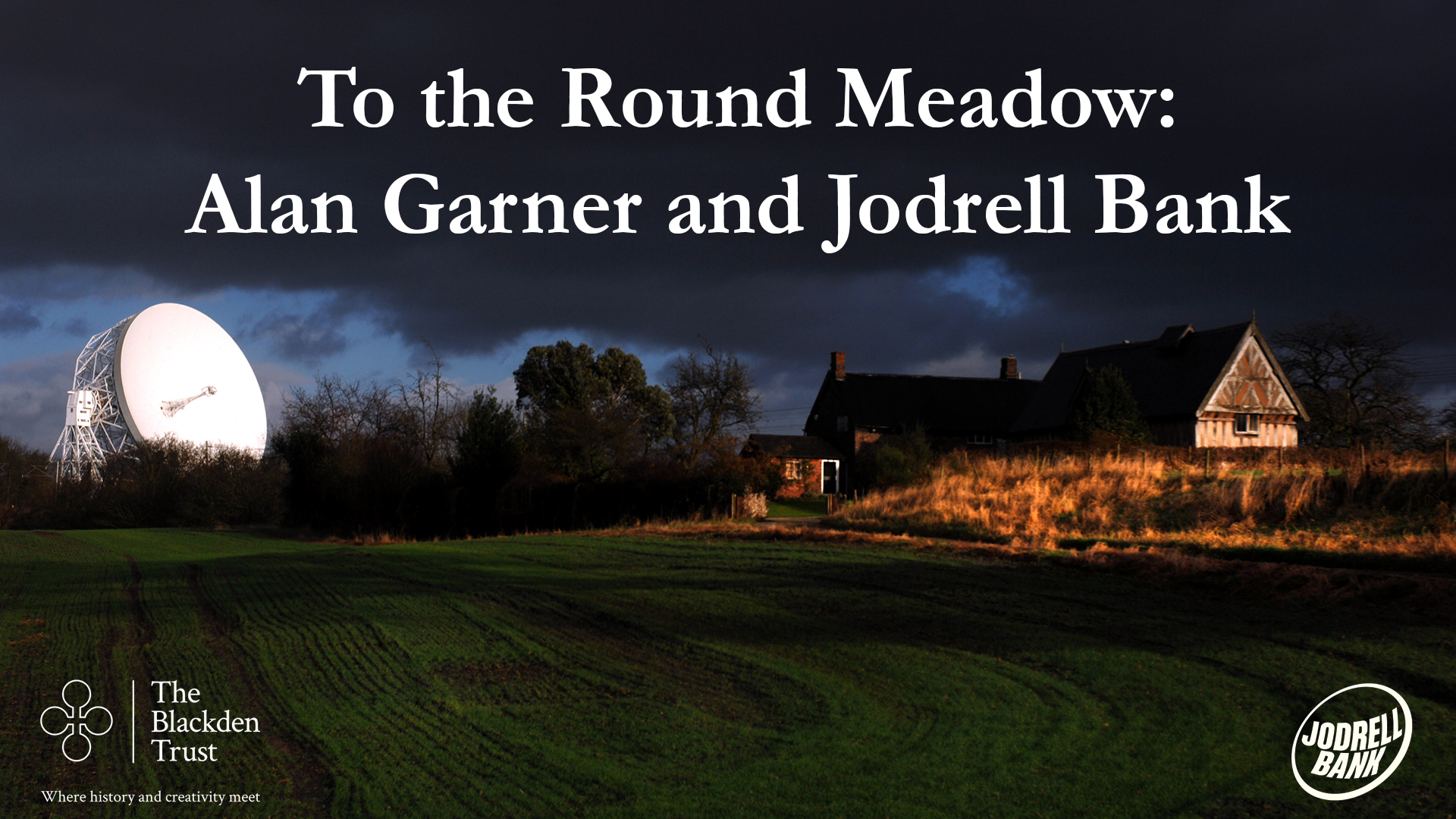 To The Round Meadow: Alan Garner and Jodrell Bank

Treacle Walker is Alan Garner’s 10th novel. It is set in The Old Medicine House, a Grade II timber framed building that Alan and Griselda Garner saved from demolition and rebuilt in their garden. It is now home to The Blackden Trust, a vibrant community of educators, historians, archaeologists, scientists, writers and musicians.

The Blackden Trust has created a special film presentation to explore Alan Garner’s lifelong association with Jodrell Bank. This will be shown at the start of the event and is a pre-recorded interview, accompanied by a slideshow of images that will take you through the landscape of Treacle Walker and reveal the true connections with the site of The Lovell Telescope.

This will be followed by a panel discussion with Elizabeth Garner, Daniel Morden and the head of Archaeology and Research at Blackden, Dr. Tim Campbell Green. Journeys will be taken, boundaries will be crossed and stories will be shared.

Alan Garner is an author who has been named as one of the fifty greatest post-war English writers. He has written in many fields; novels; retellings of myths and folktales; a memoir; essays; libretti; film scripts; TV plays and documentaries; photographic books (with Roger Hill); and The Beauty Things, a view of how we react with history and memory (with Mark Edmonds).
He has won several prizes for his writing, both national and international, and in 2001 he was awarded the OBE for services to literature. He holds four honorary doctorates and is a Fellow of The Society of Antiquaries of London and a Fellow of The Royal Society of Literature. He co-founded The Blackden Trust in 2004. https://www.theblackdentrust.org.uk/

Elizabeth grew up in Cheshire, surrounded by folklore and folk tales. She is an award-winning author of two novels: Nightdancing and The Ingenious Edgar Jones, both of which are underpinned by myth and folklore. Her collection of rewritten Folk Tales: Lost & Found will be published in September. She now lives in Oxford where she teaches creative writing at Oxford University Department for Continuing Education and works as a freelance fiction editor. She is also the Arts Trustee at The Blackden Trust. Follow her on Twitter where she shares old and interesting books, folklore, and, of course, many stories. @Lostandfoundst2

Daniel Morden is a professional storyteller, award-winning author and long-time Garner fan. He has performed all over the world, from The Getty Villa to Sydney Writers Festival to remote communities in sub-Arctic Canada. You can hear his podcast interview with Alan, discussing myth in the modern world.

Tim has been a professional archaeologist for over 25 years, but a love of old things and a naturally inquisitive nature has meant a fascination in the past has always been with him. He gained a PhD in 2005 from The University of Sheffield. His research interests include the study of the social and ritual elements of apotropaic marks, and the sacred and profane aspects of bent coins. He has worked in a number of archaeological, education, and heritage roles and is currently the Head of Research and Education at The Blackden Trust. He lives in the Peak District with his family, and can be found blogging about archaeology, bits of old pottery, and folklore at