The Universal Influence of Bjork

Björk has spent four-decades moulding pop music in her own image, a unique visionary who creates alien worlds through her music, inviting us all in to explore them with her. Her work exists at the intersection between music, art, technology, science and mathematics, creating a unique world.

Björk’s creative impact spreads far beyond music alone. She’s shared ideas about ecology with Sir David Attenborough and changed fashion with her collaborations with Alexander McQueen. The ecologist and philosopher Tim Morton described her as someone who has had “a very deep influence on [his] way of thinking and life in general,” while her chameleonic approach to visual identity over the decades continues to inspire filmmakers to this day.

The visionary and singular artist will be headlining bluedot festival 2020, a UK festival exclusive taking place at the Jodrell Bank Observatory from 23-26 July. Here, we look at how Björk influenced not only modern music, but the way we live.

Her 2011 album ‘Biophilia’, named after the notion that humans are inherently attracted to nature, was accompanied by ten mobile apps – one for each of the album’s ten singles, the first time this was ever done. Each app was created by a global team of designers, all tasked with somehow transporting the inner-workings of Björk’s imagination into a 6-inch phone screen.

Through a series of interactive apps that are part-music video, part-instrument, her aim was to teach users how sound and nature are inherently connected. In essence, you don’t simply listen to tracks like ‘Dark Matter’ or ‘Moon’ through your headphones, you play them for yourself.

The app for ‘Crystalline’ is distilled into scrolling sheet notes and lyrics, where users can isolate different melodies and play them on home instruments. The ‘Virus’ app takes the form of a microscopic world of human cells, where the user must stop an illness taking over by the song by frantically flicking their fingers across the screen. Imagine a predecessor to Candy Crush, and you’re almost there.

When the project was launched in 2013, it was described as “a new type of musical theory” by Wired Magazine, one that is freely available to a global audience at the tap of a glass screen. “The whole theme was about connecting the dots, building bridges between things that didn’t have a bridge before,” she told the magazine. “Nature and technology, atoms and the galaxy. It is so overreaching in unifying everything in the Universe.”

Since Biophilia, as technology has evolved into AI and virtual reality, so has Björk. In 2019 she released Vulnicura VR, a five-year quest to transport fans into the real and surreal world of Björk. Viewers travel to the blackened plains of Iceland on ‘Stonemilker’, a bioluminescent garden (where Björk quite literally dances amidst destruction) on ‘Notget’, and on the Jesse Kanda directed ‘Mouth Mantra’, an entire six-minute video shot within Björk’s mouth.

For decades, musicians have been obsessed with the idea of ‘the robot’. For our 2019 headliners, robots took the form of four German scientists wearing red shirts and black ties. In hip-hop circles, the robot is a dance move popularised in the golden era of 1980s rap and breakdance. But in her 1999 single ‘All Is Full of Love’, Björk gave us a new visual aesthetic for what our idea of a robot could actually be.

In the Chris Cunningham directed video, whose stamp can also be found on Aphex Twin’s ‘Come To Daddy’, a polished white, robotic incarnation of Björk comes to life in a futuristic world before embarking on a journey of robotic romance – “[It’s] Kama Sutra meets industrial robotics,” as Cunningham once described it.

The video rightfully became a modern classic, and it can be found across TV, film and sci-fi. In the 2004 film I, Robot, the main villain is so similar to Björk’s mechanical other self that some fans called it ‘a blatant rip-off,’ while Neill Blomkamp’s film Chappie ends with a melody of “All is Full of Love.” More recently, the opening titles of TV series Westworld is a confirmed homage to ‘All Is Full of Love’, proving that Björk’s 21-year old video remains a vision of the future.

We Can All Be Björk

While there is truly only one Björk, we can at least model ourselves in her image. In 2016, as part of the Björk Digital exhibition in Tokyo, Björk debuted Rottlace, a 3-D printed acrylic masked based on scans of the underlying musculature of her face. For the project, Björk teamed up with Neri Oxman, head of MIT Media Lab’s Mediated Matter research group, a team made up of computational designers, architects, marine scientists and molecular biologists.

Over the years, Björk has further experimented with the idea of making her face open-source for anyone to wear, which has stretched beyond a literal mask. In December 2019, Björk teamed up with her longtime creative collaborator James Merry to produce an Instagram filter of her medusa mask, seen in the video for Vulnicura single ‘Notget’. The filter contorts the human face into a fluorescent green unearthly image through a front facing camera screen.

Björk’s list of past collaborators is as long as they are diverse. Madonna, fashion designer Alexander McQueen, archaic pop producer Arca and Antony (of ‘and the Johnsons’ fame) have all worked with Björk over her long career. But perhaps her most unlikely collaboration comes with a 93-year old, softly spoken national treasure: Sir David Attenborough.

In the 2013 Tilda Swinton narrated documentary When Björk Met Attenborough, the two devoted conservationists discussed everything from the ferocity of volcanoes and the mathematical basis of crystals, to their shared love of the Lyrebird. On the surface, Attenborough and Björk may seem like an opposing duo. After all, one is an experimental musician who once performed in what was described as a ‘vagina dress’, the other has devoted his near-century long life to earth’s preservation.

But, owing to her Icelandic upbringing, Björk has long admired the British broadcaster’s passion for the natural world. “There is such a big chunk of me that is David Attenborough. I think he is my biggest inspiration,” she said in an interview with The Times in 2001. The feeling is mutual. On ‘Oskasteinn’, the opening track of 2014’s Biophilia Live, Attenborough can be heard introducing the performance – “With Biophilia comes a restless curiosity, an urge to investigate the elusive places we meet nature,” he says in his unmistakable voice. “But much of nature is hidden from us, that we can neither see or touch. Like the one phenomenon that can be said to move us more than any other in our daily lives: sound.”

More recently, Björk continues to raise her (otherworldly) to campaign against climate change. In a November 2019 London performance, Björk included a message from environmental campaigner Greta Thunberg. “We have to speak clearly, no matter how uncomfortable that may be,” says Thunberg. “But imagine what we could all do together if we wanted to.” 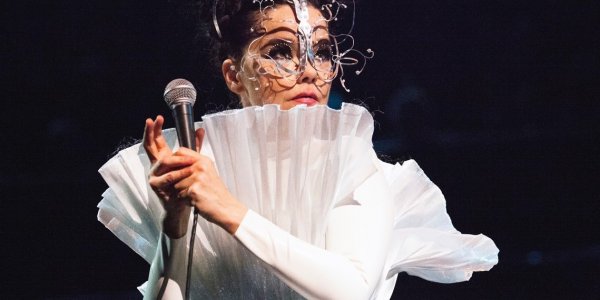 Find out how you can support the campaign... 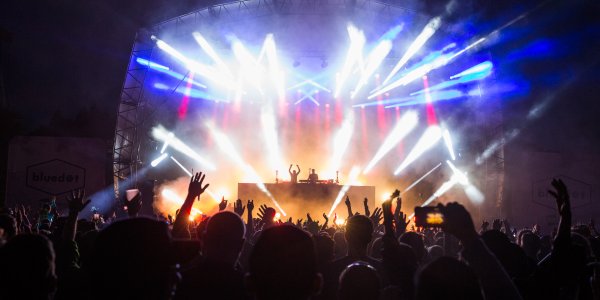 Elbow and Orbital join A Weekend In Outer Space